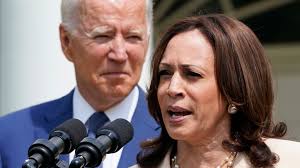 US President Joe Biden, who underwent a physical examination and colonoscopy on Friday, remains fit for duty and able to execute his responsibilities without any accommodations, his physician said in letter released by the White House.

“President Biden remains a healthy, vigorous, 78-year-old male, who is fit to successfully execute the duties of the president, to include those as chief executive,head of state and commander in chief, Dr Kevin O’Connor, the President’s physician wrote in his summary.

O’Connor said the colonoscopy found a polyp that appeared to be benign and was easily removed.

Histologic evaluation is anticipated to be completed early next week, the physician said. The President has never had colon cancer.”

O’Connor highlighted two areas that he said deserved investigation, specifically Biden’s recent “throat clearing, and what he described as a stiffened gait.

O’Connor wrote that Biden is experiencing “throat clearing, with “increasing frequency and severity, and said that he attributed it to a digestive disorder known as gastroesophageal reflux, or GERD.

O’Connor noted Biden’s broken foot he suffered roughly a year ago could contribute to the awkward walk, but he more broadly said Biden was dealing with spinal arthritis and “peripheral neuropathy, or some loss of sensation in the feet.

The President’s gait appears to be perceptibly stiffer and less fluid than it has been in the past. He does specifically acknowledge early morning stiffness that improves throughout the day, the doctor said.

The document contained a detailed accounting of the physical exam, including his height of 5 feet 11.65 inches; his weight of 184 pounds; and his blood pressure of 120/70.

The last extensive update on Biden’s medical state came in December 2019, ahead of the presidential campaign, when the same doctor described him as “a healthy, vigorous, 77-year-old male, who is fit to successfully execute the duties of the Presidency”.

Biden, who turns 79 on Saturday, received a routine colonoscopy on Friday.

The process, which required anaesthesia, meant that he temporarily transferred power to Vice-President Kamala Harris.