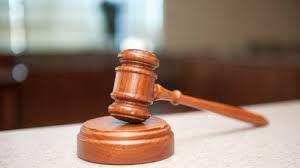 A project manager at a firm carrying out subcontracting work such as pipe-laying bribed a Public Utilities Board (PUB) officer in exchange for smoother business, including getting priority to lay pipes at sites.

He pleaded guilty to one charge of corruptly giving gratification to PUB assistant engineer Jamaludin Mohamed and a second of abetting Jamaludin in making a false invoice.

A third charge was taken into consideration.

The court heard that Ganisan was a project manager of both Pipe Works and Krishco Singapore Construction at the time of the offences. He oversaw projects, including the purchase of materials and management of manpower and equipment for projects.

Around November 2017, Jamaludin supervised the works performed by Pipe Works at PUB work sites, after main contractors subcontracted the work out to the company.

Jamaludin approached Ganisan and asked for what he called “supervision fees”, in exchange for Jamaludin’s help in facilitating and expediting Pipe Works’ matters.

Ganisan agreed that Jamaludin would be paid based on the duration and complexity of the works, with amounts ranging from 2 per cent to 5 per cent of the amounts on the invoices Pipe Works billed to the main contractors.

Jamaludin told Ganisan that he would set up a company to receive the money from Ganisan through false invoices, and Ganisan agreed.

Between November 2017 and August 2018, Ganisan gave Jamaludin S$45,169 over multiple occasions. Ganisan’s superior was unaware of the fake invoices used in the crime.

The Corrupt Practices Investigation Bureau (CPIB) said in a statement after the hearing that Jamaludin had also attempted in July 2019 to obtain a S$500,000 bribe from a company that submitted a bid for a PUB tender in 2019. The company rejected Jamaludin’s request.

In exchange, Jamaludin helped Pipe Works by asking the main contractor to submit documentation quickly so that Ganisan’s workers could start work early, or by giving Ganisan’s workers priority to lay the pipes at the sites.

Ganisan abetted this crime by conspiring with Jamaludin to make a false invoice. Jamaludin issued a Daeyul Services invoice to Pipe Works for cleaning works amounting to S$39,810, when no such works were provided.

Jamaludin then submitted this false invoice to Ganisan for the purpose of receiviJamaludin was jailed for nine months and 10 weeks and fined S$45,169 in Novemberng the supervision fees.

Jamaludin was jailed for nine months and 10 weeks and fined S$45,169 in November.