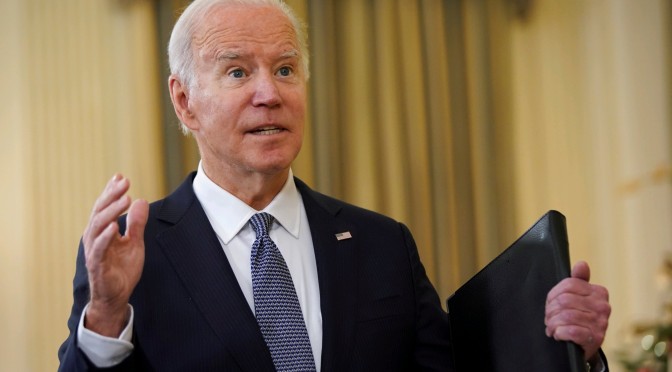 US President Joe Biden said on Thursday (Feb 17) the threat of a Russian invasion of Ukraine is very high but the door to a diplomatic solution remains open.

Speaking to reporters as he departed the White House, Biden said that every indication we have is that they’re prepared to go into Ukraine and attack Ukraine.

Asked how high the threat of Russian invasion was at the moment, Biden said, It’s very high. He added, My sense is this will happen in the next several days.

Biden said Russia has not moved back its forces from the Ukrainian border and the United States has reason to believe Russia is engaged in a false flag operation that Moscow would use to justify an invasion.

But Biden said a diplomatic solution remains possible, which is why he had asked Secretary of State Antony Blinken to go to the United Nations to make a statement on Thursday.

He’ll lay out what that path is, Biden said. There is a way through this.

Biden said there is no plan for him to speak with Russian President Vladimir Putin.

Moments before Biden spoke, a senior State Department official said the United States has received Russia’s response to US security proposals, but the president said he had not yet read it.

Russia also expelled the No 2 American diplomat in Moscow, US deputy chief of mission to Russia Bart Gorman, a State Department spokesperson said, warning of a US response to an unprovoked action.