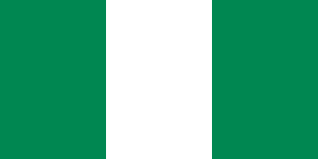 The Senate has passed a bill seeking to establish the Federal College of Crop Science and Food Technology Lere, Kaduna State.

This was even as the chamber gave its nod to four bills for concurrence from the House of Representatives.

Also passed was a bill seeking to establish the Federal University of Agriculture Mpu, Enugu State.

The passage of the bills to establish the Federal College of Crop Science and Federal University of Agriculture  was sequel to the consideration of two separate reports by the Committees on Agriculture and Rural Development; and Tertiary Institutions and TETFUND.

Presentations on the reports were made by Senator Abdullahi Adamu, who chairs the Committee on Agriculture and Rural Development;  and Senator Tolulope Odebiyi, on behalf of the Chairman of the Committee on Tertiary Institutions and TETFUND, Senator Ahmad Babba-Kaita.

He added that the Institution would also provide training to address the needs of Nigeria in the area of agricultural production, industrial distribution and research in the development and adaptation of technologies.

In a related development, the Senate on Wednesday passed four bills for concurrence from the House of Representatives.

The bills were sponsored by the Senate Leader, Yahaya Abdullahi (Kebbi North).

The four bills for concurrence were passed after a clause-by-clause consideration by the Committee of the Whole.

Meanwhile, a Bill For An Act to Amend the Association of National Accountants of Nigeria (ANAN) Act 2022, on Wednesday, scaled second reading.

The Senate President, Ahmad Lawan, referred the bill after consideration to the Committee on Establishment and Public Service Matters for further legislative work.