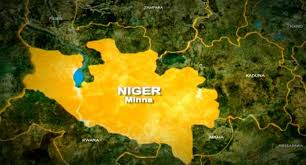 It should be recalled that the Concerned Shiroro Youths of Niger State had call on the state government to immediately mobilize and deploy bomb experts to the area. According to the Co-convener of the group, Mallam Sani Abubakar Yusuf Kokki, the blast is believed to be Improvised Explosive Devices (IEDs).

It got exploded this evening (Friday) and this is coming days after first bomb blast occurred at the same Galadima Kogo on Monday this week.

Kokki in a message sent to the Saturday Telegraph said the casualty figure could not be ascertained at the moment as the affected areas are not yet accessible due to fear of further possible explosions.

The Co-Convener had earlier advised the Government to be more proactive by deploying experts to the embattled areas to diffuse IEDs that might still be beneath the ground.

This step, if taken, will undoubtedly go a long way in forestalling possible tragedies.

We urged that the entire troubled areas, particularly Galadima Kogo, be manned by anti-bomb experts to effectively comb the war-tone Galadima Kogo and environs.