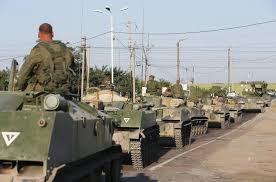 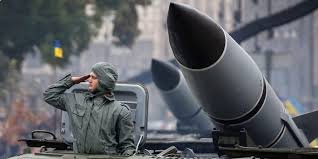 In a statement by Mykola Lukashuk, the Dnipropetrovsk Regional Council Head, he noted that they had received information on a Russian military column which contained about 800 vehicles.

He said the column was attacked by air thereby thwarting Russian military attempt to capture Mykolaiv from Bashtanka District.

Mr Lukashuk said that the intelligent information received noted that the military column was moving from Bashtanka towards Kryvyi Rih.

He said, Our defenders worked promptly, not leaving the enemy a chance to even enter the territory of Dnipropetrovsk. The column was attacked from the air, the occupiers got tightly.

And will reach again with even more power if they try to break through the border area again.

The regional council said Russia will not win over any settlement of Dnipropetrovsk region.

Speaking on the state of things around the entire region, he said, Everything is under control.

The Regional Council held a meeting with the heads of communities, security forces, military, people’s deputies.

There is understanding, who, how should act and what to do in any scenario, there is coexistence, and there is a willingness to give away. We are together, we are close to people, we work.