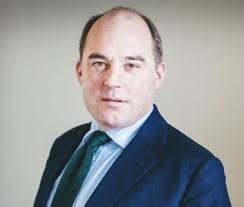 The defence secretary also told MPs the latest UK military intelligence showed that Moscow had only been successful in one of its main military objectives since the invasion began 14 days ago.

While he described the situation in Ukraine as grave, he insisted the Kremlin had failed in its mission of targeting air defence, preventing total air dominance.

Mr Wallace said that in response to a request from the Ukrainian government, ministers have taken the decision to explore the donation of Starstreak high-velocity manned portable anti-air missiles.

We believe that this system will remain within the definition of defensive weapons but will allow the Ukrainian force to better defend their skies.

We shall also be increasing the supplies of rations, medical equipment and other non-lethal military aid.

They are capable of being launched from lightweight land, sea and air platforms.

It comes after UK, along with its Western allies, continue to resist calls from the Ukrainian government to implement a no-fly zone, insisting it would risk Nato forces entering direct conflict with the Russian military.

On Tuesday, in a historic address to the House of Commons, the Ukrainian president Volodymyr Zelensky repeated the demand, pleading for Britain to make sure that our Ukrainian skies are safe.

However, the defence secretary reiterated on Wednesday that the UK government was bound by the decision to supply defensive systems and not escalate the war, and would continue to supply humanitarian and lethal aid.

He told MPs: On January 17, I announced to the House the government’s intention to supply military aid to the Ukrainian armed forces.

The initial supply was to be 2,000 new light anti-tank weapons, smaller arms and ammunition.

In response to further acts of aggression by Russia we have now increased that supply.

I can update the House as of today we will have delivered 3,615 NLAWs (anti-tank missiles) and will continue to deliver more.

We will shortly be starting the delivery of small consignments of anti-tank Javelin missiles as well.