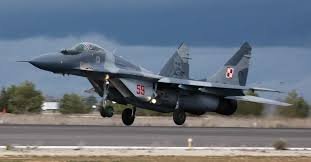 According to Homepage news channel it was gathered that Russian troops allegedly launched multiple airstrikes on a military training ground outside Ukraine’s western city of Lviv, near the border with Poland, a local official said on Sunday.

Russia launched an airstrike on the International Centre for Peacekeeping and Security, the head of the Lviv regional administration, Maxim Kozitsky, said on his verified Facebook page.

The military base is located some 40 kilometers (25 miles) northwest of Lviv.