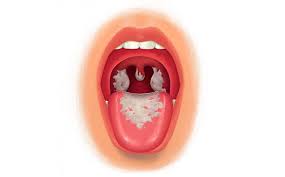 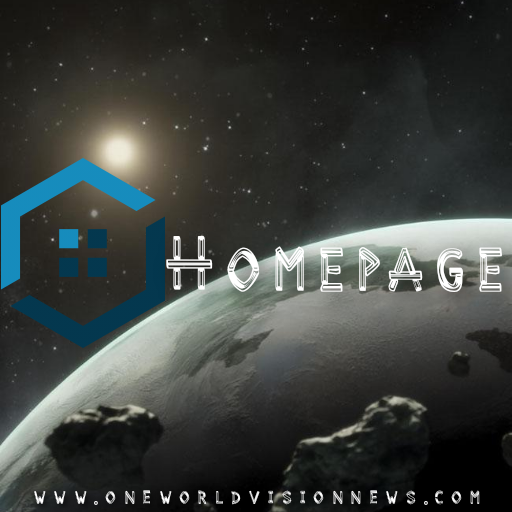 Diphtheria is an infectious disease caused by the Corynebacterium species of bacteria and is most often associated with a sore throat, fever, and the development of an adherent membrane on the tonsils and/or nasopharynx. Severe infections can affect other organ systems such as the heart and the nervous system. In addition, some patients with diphtheria can also have skin infections. Exotoxin produced by the bacteria is an important component in causing diphtheria’s more severe symptoms.

Diphtheria on the tonsils

There are two types: respiratory and cutaneous (skin).

Respiratory diphtheria presents as a sore throat with low-grade fever and a membrane attached to the tonsils, pharynx, or nose. Neck swelling is usually present in severe disease. Respiratory diphtheria can lead to severe breathing problems, heart failure, blood disorders, paralysis, coma and even death.

In the United States, cutaneous diphtheria, although rare, is most often seen among persons with poor hygiene who live in crowded conditions. Skin infections with diphtheria are still common in tropical countries and are even more contagious than respiratory diphtheria. Skin wounds are characterized by a scaling rash, sores or by blisters which can occur anywhere on the body. Skin wounds may be painful, swollen and reddened. The skin infection is treated by thorough cleansing with soap and water and appropriate antibiotics.

Diphtheria has been infecting humans for centuries. Hippocrates produced the first documented description of diphtheria in the fifth century BC. The disease has been a leader in causing death, especially in children, for many centuries. The bacteria were first identified in the 1880s by F. Loffler. In the 1890s, exotoxins were discovered. The first diphtheria toxoid vaccine was produced in the 1920s. Vaccination programs have decreased the incidence worldwide, however, when vaccination rates drop, infection rates rise and, occasionally, serious outbreaks of the disease occur. For example, in the 1990s, an epidemic in Russia caused about 5,000 deaths according to the World Health Organization’s (WHO) statistics, and from about 1993-2003, Latvia reported 101 deaths from diphtheria.

Epidemiology of diphtheria in worldwide

Worldwide, diphtheria is still endemic in many areas. In the early 1990s, a large outbreak occurred in the states of the former Soviet Union after immunization programs were interrupted due to political upheavals. Epidemics in central Asia, Algeria, and Ecuador have also occurred. Those epidemics mostly affected adolescents and adults, rather than children. This is partly explained by the fact that adults in those areas lacked primary immunity to Corynebacterium diphtheriae in their vaccinated communities, and low rates of booster vaccination lead to a decline in diphtheria antitoxin concentration with age. Widespread immunization efforts by the World Health Organization have resulted in a significant decrease in the number of diphtheria cases worldwide. Despite those efforts, it is still endemic in areas such as the Caribbean and Latin America.

Because human carriers or symptomatic individuals are the main reservoir for infection, situations such as overcrowding (dormitories, institutional housing, poor living conditions), incomplete immunization, and people who are immunocompromised are at higher risk for getting diphtheria. It is transmitted by inhalation of airborne droplets or by direct contact with infected patients by mucous secretions or skin ulcerations. Some people may carry the bacteria in their respiratory tracts (termed carriers) but do not exhibit disease. However, such individuals can still transmit the organisms to uninfected individuals.

A type of bacteria called Corynebacterium diphtheria causes diphtheria. The condition is typically spread through person-to-person contact or through contact with objects that have the bacteria on them, such as a cup or used tissue. You may also get it if you’re around an infected person when they sneeze, cough, or blow their nose. Even if an infected person doesn’t show any signs or symptoms of diphtheria, they’re still able to transmit the bacterial infection for up to six weeks after the initial infection.

The bacteria most commonly infect your nose and throat. Once you’re infected, the bacteria release dangerous substances called toxins. The toxins spread through your bloodstream and often cause a thick, gray coating to form in the:

In some cases, these toxins can also damage other organs, including the heart, brain and kidneys. This can lead to potentially life-threatening complications, such as myocarditis, paralysis, or kidney failure.

Initially the symptoms of diphtheria may be similar to a viral upper respiratory infection but symptoms worsen over about two to five days. The symptoms may include:

As the disease progresses, an adherent membrane (pseudomembrane) may begin to cover the tonsils, pharynx, and/or nasal tissues. If untreated, the pseudomembrane can extend into the larynx and trachea and obstruct the airway; this can lead to death.

Cutaneous diphtheria symptoms include initial reddish lesions that are painful and that may develop into nonhealing ulcers. Some ulcers may be covered by a gray-colored membrane.

Your doctor will likely perform a physical exam to check for swollen lymph nodes. They’ll also ask you about your medical history and the symptoms you’ve been having.

Your doctor may believe that you have diphtheria if they see a gray coating on your throat or tonsils. To confirm the diagnosis, they’ll take a sample of the affected tissue and send it to a laboratory for testing. A throat culture may also be taken if your doctor suspects diphtheria of the skin.

Diphtheria is a serious condition, so your doctor will want to treat you quickly and aggressively.

The first step of treatment is an antitoxin injection. This is used to counteract the toxin produced by the bacteria. Make sure to tell your doctor if you’re allergic to the antitoxin. They may be able to give you small doses of the antitoxin and gradually build up to higher amounts. Your doctor will also prescribe antibiotics, such as erythromycin and penicillin, to help clear up the infection.

During treatment, your doctor may have you stay in the hospital so you can avoid passing your infection on to others.

It is preventable with the use of antibiotics and vaccines.

The vaccine for diphtheria is called DTaP. It’s usually given in a single shot along with vaccines for pertussis and tetanus. The DTaP vaccine is administered in a series of five shots. It’s given to children at the following ages:

In rare cases, a child might have an allergic reaction to the vaccine. This can result in seizures or hives, which will later go away.

Vaccines only last for 10 years, so your child will need to be vaccinated again around age 12. For adults, it’s recommended that you get a combined diphtheria and tetanus booster shot. This is known as the tetanus-diphtheria (Td) vaccine. Taking these steps can help prevent you and your child from getting it in the future.