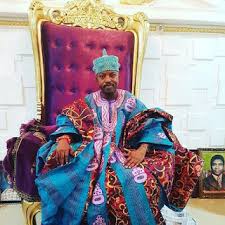 Oba Abdulrasheed Adewale, the Oluwo of Iwo, has told the apex Igbo socio-cultural organisation, Ohanaeze Ndigbo, that no monarch in the country feels the pains of Igbos more than he does.

The monarch, in a statement signed by Alli Ibraheem, his Chief Press Secretary, noted that the Igbo group is a respected body representing a sophisticated, intelligent, hardworking, cosmopolitan, industrious and enlightened race, saying He (Oluwo of Iwo) has Igbo in his blood.

Recall that some media outlets had reported that the Oluwo of Iwo had allegedly said at a function that the Igbo cannot be entrusted with the office of the Nigerian presidency.

The report did not go down well with the apex Igbo socio-cultural organisation, who in a statement stated that it would refrain from hoisting the monarch with his petard

Reacting, the palace of the monarch stated that, It is evident from their statement that the Ohanaeze Ndigbo has false knowledge of Oluwo.

It is disappointing that my beloved Ohanaeze Ndigbo could jump on the media in response to a misleading headline cast to sell the story.

Oluwo remains one of the leading monarchs canvassing for a united Nigeria, equity and justice most especially for the Igbo tribe because I have suffered marginalization, the statement further reads.