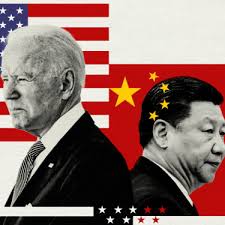 A United States top official, National Security Advisor Jake Sullivan, on Wednesday, 3rd August 2022, described China’s sudden military drills in response to the United States House Speaker Nancy Pelosi’s visit to Taiwan as irresponsible, warning China of the danger of its action which is getting out of control.

Jake Sullivan in an exclusive interview with National Public Radio, on Wednesday, said that China should note that its action around Taiwan is irresponsible, said that whenever a military engages in a series of military activities that include possibility of testing missiles, live gun-battle exercise, fighter jets roaming around the skies and warships moving around the seas, it is possibly considered to be real because anything can happen at any time.

This is as he advised China to de-escalate tensions in the Taiwan Strait.

Jake Sullivan’s warning came after China on Wednesday, stepped up its military exercises encircling Taiwan in a quick response to US House Speaker Nancy Pelosi’s controversial visit to the self-ruling democratic Island (Taiwan) which China considers one of its territories.