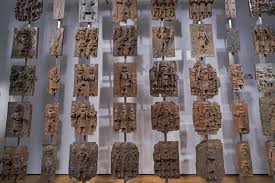 A United States civil rights organisation, Restitution Study Group (RSG), has warned United Kingdom against the return of the looted Benin Bronzes to Nigeria, said it will benefit the defendants of African slave masters if the stolen items are returned.

The artefacts, which are in museum in London, were looted from the Kingdom of Benin in Nigeria to Britain in 1897 (colonial era) by slave traders.

However, many of the stolen items are set to be returned to Nigeria by the Universities of Oxford and Cambridge, with permission from the Charity Commission.

But the United States civil rights organisation, Restitution Study Group, in an official letter, warned the commission against returning those artefacts to Nigeria, said that the Kingdom of Benin will be unjustly enriched by the return of those looted items.

The group urged the commission to reject any request to transfer the artefacts to Nigeria.